PREVIOUS  : Recovery from N Abuse QUOTE : “Giving up the addiction is more than just giving up on the narc.  It’s giving up on the hopes & dreams they promised, but never fulfilled.”   💟 The following 4 groupings come from accumulated recovery research by Alka Shingwekar, after leaving a long-term marriage to an […]

Of all the millions and millions of women on Facebook how did I get rooted out?

Just when I thought things were looking up and my confidence was growing a mutual Facebook friend messages ME (can you believe it!?) and explains how he follows and enjoys my posts and has been into me for a while. Truthfully, at first I thought he was joking because it’s really rare when anyone’s into me. 😥 I’m just a rare breed. 🤷🏽‍♀️

However, I was EXTREMELY FLATTERED. He asked in a round about way if I ever wanted to hangout sometime (and luckily he’s local) so I said yes, but apparently he’s very, very, very busy. 🤔

He’s the total opposite of the type of man that I’d date in every way possible, but he seemed very charming and I need to stop letting these type of persnickety details get in the way of finding a partner.

I’m a very patient person to a certain extent. We Facebook messaged for a bit, till I decided to push my number at him. The first push I felt like he ignored it. Then I did it again, basically a reminder, that it was his idea to hangout in the first place. So let’s hangout. I wanted to meet him.

He finally calls. We speak for 45 min. He does most of the talking which is wonderful. Normally the men I attract don’t like to talk. They allow me do all the oversharing.

Before the call was over on last Tuesday night he told me how he was going to be very busy the next few days and he started rattling off days. I told him I wouldn’t be able to remember his schedule and that I needed to write it down. He must have thought I was joking, but I wasn’t. He told me not to worry about it, but that he would be sending me little football messages (the type back in highschool where you fold up the pager into little triangles; which I assumed were text messages) periodically. I told him that I’d appreciate that.

Well, Wednesday passed, Thursday Thanksgiving Day passed, Friday (the day I know he mentioned something about driving down to my city for a possible date) passed, Saturday passed. I didn’t hear a peep from him. By Saturday night I was FURIOUS! 🔥😡 If your asking yourself why I didn’t text him it’s because if a person tells me they’re going to be busy, busy, busy, they thing I want to do is disrespect that and disturb them. However;

Why do I feel played? I’m done. This is over NOW.

Yes, I want to be in a relationship, but I’m still afraid. I thought I was ready, but after the DateBritishGuys, experience, I’m done petrified all over again.

I called this fellow out on his lack of interest in getting to know me, then he accused me of trying to sabotage a relationship that hadn’t even began yet just because I told him that I didn’t think he was fully invested in getting to know me, i.e., he barely texted. He maybe gave me 5 minutes of his time a day.

I felt My right to question this was purely legitimate. So I thought I’d give him 2nd chance to behave differently, but he he didn’t. So I bailed. I’m a quitter. So what. I don’t have the energy any more to keep trying.

When I say bailed I mean, I un-followed him on Twitter, uninstalled my WhatsApp app and blocked him. Perhaps his only interest in me was motive based. Which I now believe was just so he could use me to get him into the U.S.A. 🤷🏽‍♀️

I’m going to be mentally refucked no matter what what new method of thinking I try.

A man’s negative reactions and behaviors towards me are what I’ve come to expect. Some women just have it, some women don’t. I never have.

A beautiful woman will tell a plain woman to simply start thinking the opposite of what she really is i.e., “she’s all that” and men will start being attracted to her. So the plain woman runs to put makeup on and starts thinking, “she’s all that’s.” Nothing changes. Bob, still doesn’t give her a second glance. Now wtf was that about!

Datebritishmen a site where if you merely mention that you’d move overseas to be with your mate it means RIGHT FRIGGIN NOW. That is not the impression that I thought was gonna happen. I figured I’d meet my British love, we’d date online, visit, after a year or two then we’d move to one another’s country and live happily ever after.

Nope, not this site. A guy who I thought seemed like a good match according to his profile actually didn’t even want to get to know me at all, but instead wanted to leave the country. I was almost down with that if he hadn’t made me feel like I wasn’t good for anything else. He didn’t even seem interested in ME.

The red flags flew left and right. Right off the bad he started talking about his ex being a narcissist. Heck, mine is too, and Lord knows I didn’t want to bring him up to use as an example in some I got accused of comparing. There were so many other red flags that at times I just wanted to ignore them all because I hate being right and ending up alone.

I don’t know, it’s a whole new experience for me. I don’t know what they hell I’m doing. How do you date exactly? The word date means different things to different people.

I even had this discussion with my therapist and I ended up in tears. Why does life have to be so complicated for me. Why must I make it so complicated? All I know that’s it’s time for me to just plug my nose and jump in the deep end and stop being such a coward. I’m not going to find a partner sitting inside my apartment.

There’s this dating site called DateBritishGuys. It’s exactly what I’ve been looking for. I just had to put in the correct words into Google search and that is what I pulled up.

Yes, I have always dreamed of being with a British man. ❤️ All of my entire life, but I didn’t know how on earth I was going to meet a British man. 🤷🏽‍♀️ Surprised it took me this long to actually do this, but so far it’s been an experience. There’s been some ups and downs on this particular site. I mean, I did actually pay for a three month subscription afterwards if nothing comes of it, I may as well become a nun. Nevermind, I practically am one already. Lol

Why is my brain trying to sabotage me?

Why am I struggling so freaking much in this DBT Skills Group? I talked my doc into a referral spot in the class a few months ago and ever since I’ve been making an excuse not to go ever since. Is it me, my stage fright, my anxiety, the class, take facilitators, the other group, the work,… I don’t know, but my brain shuts off as soon as I get there and I just can’t concentrate nor function.

It’s like my brain literally goes limp whenever I open the binder of worksheets and homework pages. Instantly like my brain turns to scramble eggs. 🍳 Everything I read gets hard to comprehend as if I’m in the 2nd grade.

Why is my brain trying to sabotage me??

I don’t know why, I just just do

to you
and if you can’t
imagine it,
nor fathom it
don’t be
disdainful
about it

If pieces of furniture

A personality rarely shown to most

mine would be brilliantly colored 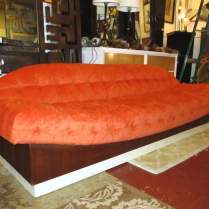 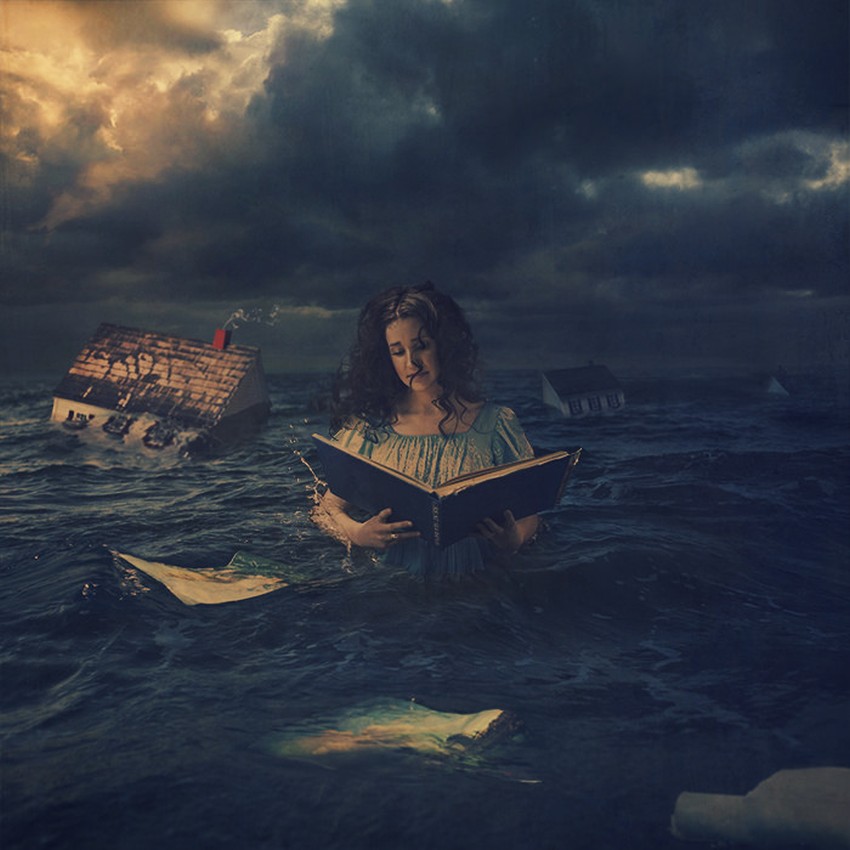 Thus this blog is my horror story

In a world filled

We are right there

to pick up the pieces

This is why we attract

WHAT I DON’T NEED

number two
I don’t need someone
who calls me names

number ten
I don’t need someone
who’s going to take my
trust, love and loyalty and
crush it into dust

I came down to Texas to visit a month ago. My ticket was bought by my husband, (were not divorced yet). It was an emergency to try and see if we could both convince our son to go to rehab for a meth addiction. An addiction which began when Rob and my son first moved back to East Texas almost two years ago.

I’d already been told by Rob’s cousin that Van, (a small town 20 min down the road from where he and my son were moving back to) was one big meth house so to speak, which was the reason why she moved her kids out of that town. I could have told Rob this if he had only listened to me. He instead being his narcissistic ass, decided to take on the role of both parents chose to not didnt care no matter I said or warned him about. I hadn’t mattered anymore. Instead I got the full fledged invisible, silent treatment and dismissal treatment.

Which brings us to the present. The son that I love to death, the son who had began treating me disrespectfully like shit who also chose to move back with his father and who also chose not to see me off as I packed my small U-Haul up and drove by myself up to Iowa, is now a 10 grade high school drop out is now strongly addicted to Meth.

My therapist tells me that this is not my fault that it turned out like this, but it sure feels like it.

I’ve been going to my current therapist every week since I let my husband and moved to another state almost two years go.

I’ve made alot of progress if I must say so myself.

I’ve gone from blogging about how miserable my life was to blogging about helpful information about various things regarding narcissism, abuse and etc. I’m never going to stop talking about that because it’ll always be an important factor in my life.

I’m still in the process of healing. Healing which may take years, but I’m in no hurry as long as I don’t have any distractions or setbacks.

Personally I don’t think it’s all in my head. What it is, is their word against mine. Sort of like gas lighting. That’s why I don’t want any friends.

(wait… I’m not supposed to do anything)

to sit there, shut up, and be this supportive ear, whether it’s good or bad news. I’m made to feel…

(wait,… their not making me do anything)

I’m left feeling used and as if the favor ever needed to be returned, I’d receive less the attention that I gave them.

As a matter of fact. I know this to be TRUE, and I am not imagining this. It’s currently happening to me right now by two different individual people.